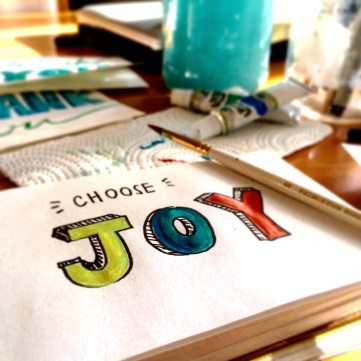 James 1:2-16 MSG
2  Consider it a sheer gift, friends, when tests and challenges come at you from all sides.
3  You know that under pressure, your faith-life is forced into the open and shows its true colors.
4  So don’t try to get out of anything prematurely. Let it do its work so you become mature and well-developed, not deficient in any way.
5  If you don’t know what you’re doing, pray to the Father. He loves to help. You’ll get his help, and won’t be condescended to when you ask for it.
6  Ask boldly, believingly, without a second thought. People who “worry their prayers” are like wind-whipped waves.
7  Don’t think you’re going to get anything from the Master that way,
8  adrift at sea, keeping all your options open.
9  When down-and-outers get a break, cheer!
10  And when the arrogant rich are brought down to size, cheer! Prosperity is as short-lived as a wildflower, so don’t ever count on it.
11  You know that as soon as the sun rises, pouring down its scorching heat, the flower withers. Its petals wilt and, before you know it, that beautiful face is a barren stem. Well, that’s a picture of the “prosperous life.” At the very moment everyone is looking on in admiration, it fades away to nothing.
12  Anyone who meets a testing challenge head-on and manages to stick it out is mighty fortunate. For such persons loyally in love with God, the reward is life and more life.
13  Don’t let anyone under pressure to give in to evil say, “God is trying to trip me up.” God is impervious to evil, and puts evil in no one’s way.
14  The temptation to give in to evil comes from us and only us. We have no one to blame but the leering, seducing flare-up of our own lust.
15  Lust gets pregnant, and has a baby: sin! Sin grows up to adulthood, and becomes a real killer.
16  So, my very dear friends, don’t get thrown off course.

For the next few articles I would like to bring to focus on how Christians should re-act to trials and persecutions.

I believe I shared this before but this is relevent to the subject.  I was on my job in a fast food chain when I was told there was an important phone call for me.  On the phone was my mother and she told me that a cousin has died, he fell off of scaffolding while working on a barn.  I attended the funeral and the pastor first sentence was this, “Life is not fair”.  That statement was shocking, but, oh so true.  Remember the words of Christ, “it rains on the just and unjust”.[Matthew 5;45]

A pastor once told me concerning trials that we face, “whatever doesn’t make you bitter will make you better”.  There it is, it is our choice, bitter or better.  I choose better.  It would be so easy to fall into the former, human nature is one that likes to complain and take the attitude ‘poor me, I must be the only one going through this’.

We have such a greater witness about how we should handle trials and temptations. Job decided not to curse God.  Paul and Silas when put in jail decided to give praise to God even at the midnight hour.  The Christian author, Watchman Nee, wrote many of his’ books in China while in jail for being a Christian.  So, I guess compared to those, my trials and temptations seem somewhat small and trivial.

I choose to be like what the Christian songwriter wrote in the following song:

Dear reader it is my prayer that you will choose ‘Pure Joy’ and not the ‘Bitter’ when you are facing trials and temtations.